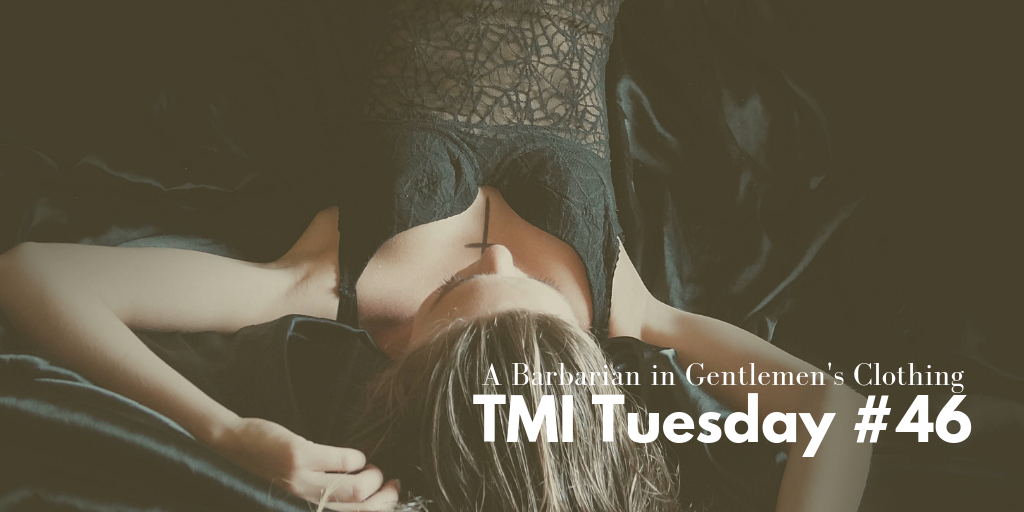 It’s the day of the week we’ve all been waiting for! Hurray for Tuesday!

Any sport, any athlete, who would you want to practice with?

Diaz brothers, always been a fan of them. I like the “zero fucks given” style, that straight in your face kind of pressure style of fighting. To the casual MMA fan, the Diaz brother might look like a bunch of hillbillies and potheads. But to the contrary, they’re very technical; both of their stand-up and ground game are phenomenal. I got excited about the Masvidal fight, why ask for a McGregor fight? Speaking of Connor McGregor, the dude needs to clean his act. It’s hard to be a Connor McGregor fan these days.

I love giving lingerie to women as gifts. Baby dolls, gartered and teddies, colors may vary depending on the skin undertone. There are plenty of ways to find out what undertone you have. Simplest one is to look on your inner wrist. If the veins are blueish or purplish then you have a cool undertone, meaning cool colors looks great on you. If the veins are greenish then you have a warm undertone and warm colors look great on you. Another way is by using gold or silver. If you look good in gold then warm undertone, if you look good in silver it’s a cool undertone. Another thing, I love pink!

Do you pick up on subtle hints?

To be honest, I’m quite adept in picking up AKA reading between the lines. I’m very observant even to the simplest gestures but I try not to take anything out of it and act dumb. Playing dumb is also one of the games I enjoy, it’s fun seeing people act like you don’t know anything. I may be candid, but I usually don’t let people know more than what I intend them to know. I’m a very private person, I usually keep myself to myself; speaking only when I must. Sometimes, it takes one to shut up to finally hear what the world has to say.

Are you seriously expecting an honest reply to “does this make me look fat?”

Nope, and to be honest I don’t know why people are expecting other people to be honest about it. They don’t want to offend you, and they want you to reinforce you. First off, one has to be aware of their own self. Look at the mirror and do a self-assessment, have a realistic yet healthy view about yourself. While there’s nothing wrong in asking that question – it’s not healthy to expect anything. It is a good conversation starter, to connect or to relate. But as a source of reliable feedback, I don’t think so. As someone who has a good sense of style, everything should be worn with confidence and sense. If your confidence is something you must wear, then it’s not confidence at all.

How offended would you be if someone called your eyebrows ugly?

Not to brag but, my brows are one of my assets. It makes my facial expressions very expressive and to top it off, it’s zero maintenance. I’ve never plucked, trimmed or shaved my eyebrows. The only flaw I know is a scar on my right brow, I got that from a mugging back when I was a bit younger. The mugger slammed me face-first upon a wall and my right brow got cut with something sharp. So, if ever someone doesn’t like the way my eyebrows are then no, I won’t be offended. Opinions are like assholes, everybody has one; I won’t hold it against him. I won’t discredit a popular opinion just because of one unpopular opinion.

Bonus: Is there ever a good time to send a dick pic?

If all party agrees, then I don’t see anything wrong. I’m not going to pretend that I’m a prude or something. What’s important is that it is between consenting adults with mutual trust for one another. You won’t hand something to someone that could later be used against you. If the other party didn’t ask for it, don’t give it. If you don’t feel safe giving it, don’t give it. Be smart and be safe.

Wanna play? Click on the TMI button below to find out how!

Follow A Barbarian in Gentlemen's Clothing on WordPress.com
Join 6,402 other followers