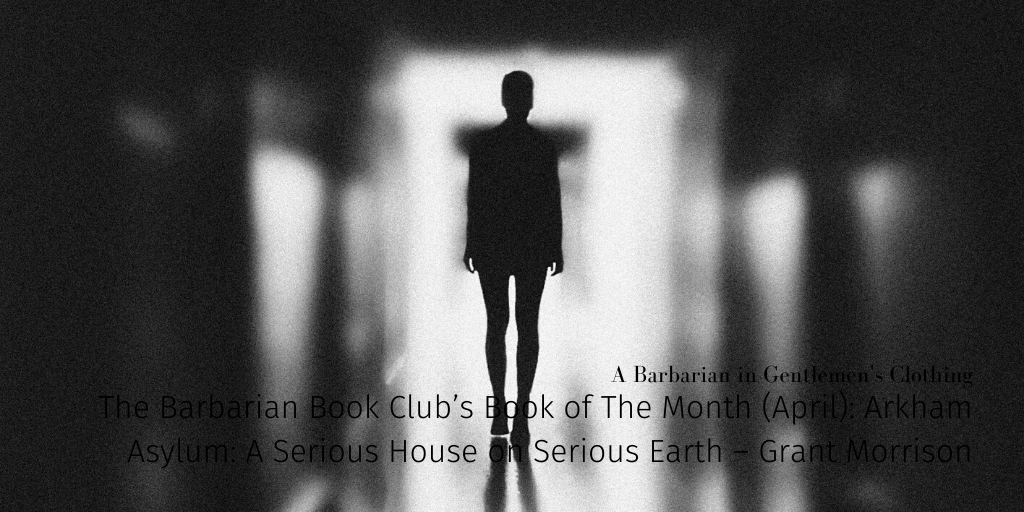 What is insanity and where does the line between sanity and insanity lie? Insanity is a spectrum of behaviors characterized by certain abnormal mental or behavioral patterns.

The psychology of Batman always fascinates me. Even more fascinating is the duality between The Joker and him. Both suffered serious life traumas yet both ended on different sides of the spectrum.

But before we proceed, please hit the like button now and follow this blog. Better yet, why not try to sponsor it? Yes, for a small price of $3/month you would be sponsoring this blog. It’s just like buying me a tall caramel macchiato and in return, I’d be giving out extra perks like:

To my Sponsor/s, no amount of words could ever describe my sheer gratitude to you. No amount of money could ever equate to the amount of trust you’ve given me and my writing. Thank you for believing in my vision and for allowing me to say it. Cheers!

Please check out my sponsor/s:

Arkham Asylum: A Serious House on Serious Earth, often called Batman: Arkham Asylum is written by Grant Morrison and illustrated by Dave Mckean. Garnering both critical and commercial acclaim, it became a definitive story of Arkham Asylum. It influenced the critically acclaimed video game of the same title.

The story follows Batman as he journeys into Arkham Asylum in a sick game of “hide and seek” designed by the Joker. Inside, Batman confronts villains including Two-Face, Killer Croc and the Mad Hatter. It was also revealed in flashbacks, the grim history of Arkham Asylum and its founder, Amadeus Arkham. As much as the danger Arkham presents, Batman also comes face to face with his own sanity leading to the climax.

It is a thought-provoking story with themes of symbolism and psychological horror elements. It depicts how insanity looks like inside Arkham as well as the views of the inmates about insanity. It was a well-written story that forces Batman to his mental and physical breaking point. It is a deconstruction as well as a psychological imagining of the Batman Mythos. The artworks were phenomenal as expected from Dave Mckean (see Neal Gaiman’s Sandman). It is visually striking that blends of paintings, illustrations, and photographs.

I would recommend it to anyone who loves both psychological stories and comic book fans alike.

To Courage, Freedom, and Sanity!